A few weeks ago I received an interesting email from Ed and I decided to post it on my website. Enjoy!

In 2009 I found myself on a chartered plane headed to Kuwait. I was on a one year tour as a U.S. Soldier in Iraq. The mission was to train and assist specific units within the Iraqi Army. It was the most surreal thing I had ever done. Mid-way through the tour I began documenting the trip photojournalism style using the camera function on my Ipod. We were attacked one day maybe two weeks prior to the end of the tour and in haste to seek cover and concealment I dropped that Ipod. Never to be seen again. Returning home in 2010 I told myself that as long as I traveled the world doing assignments I would never again be without a camera. 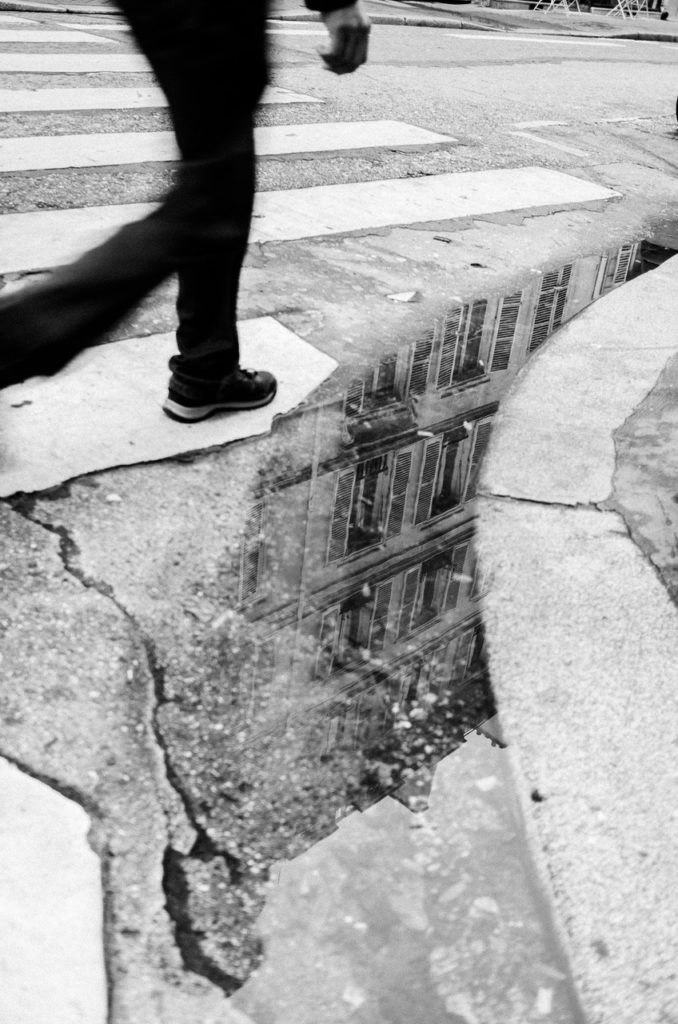 After returning home I tried all the CANIKONS of the year in 2010 and all of them felt a bit too cumbersome to lug around every day. I had amassed a few thousand dollars during my first deployment which I committed to the purchase of a used Leica M9 and 35mm Summilux lens which I bought from a friend in 2010.

To date, it is the most expensive set of things that I ever bought. Any reluctancy I had prior to buying the set was quickly removed upon feeling the weight of the camera and seeing the images without any editing. The colors of the CCD sensor in my opinion to this day are better than any camera available and second only to Kodachrome slide film. In the last 9 years I can remember taking probably 1000 frames in color using this camera. The black and white images coming from the M9 are the closest thing to Tri-X I have ever seen. There was for me no need to pursue an M9 Monochrome. I have been shooting with my Leica M9 ever since then save about 90 days in 2014 in which I bought and used a Leica M240. The M240 was a terrible machine to use immediately for me. The sensor is by no means comparable to the M9s Kodak CCD sensor. It was much bigger, and the battery life was very quickly consumed when in use. I sold it as soon as I could at a discount. With that I didn’t want to make the same mistake with the M10 so I didn’t buy it. Instead I opted to get my sensor replaced on my M9. Now it will last another 100 years. 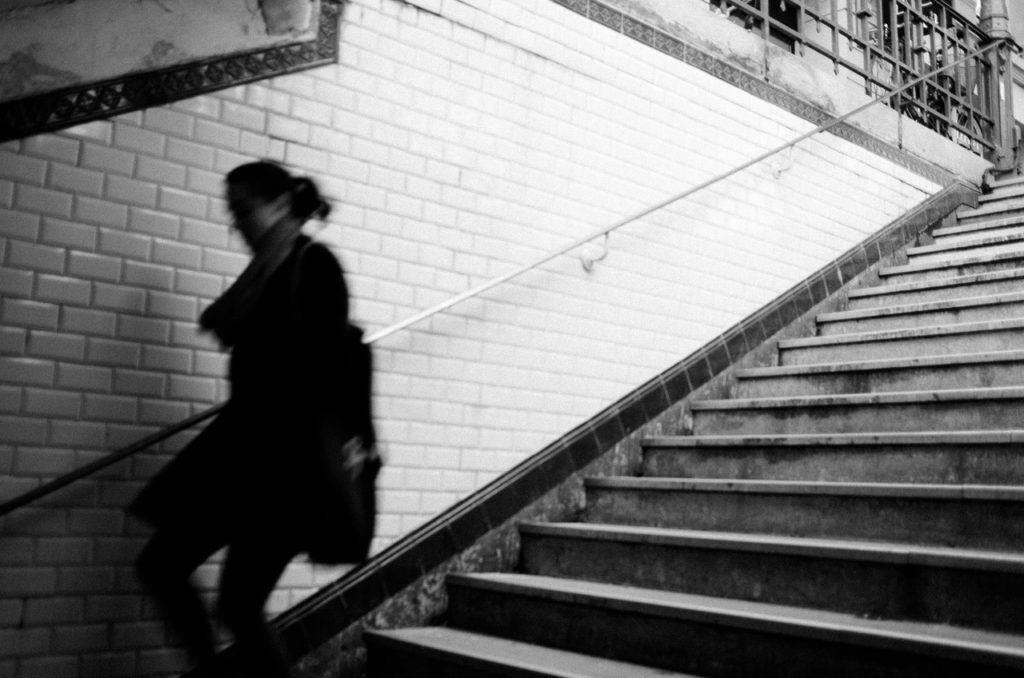 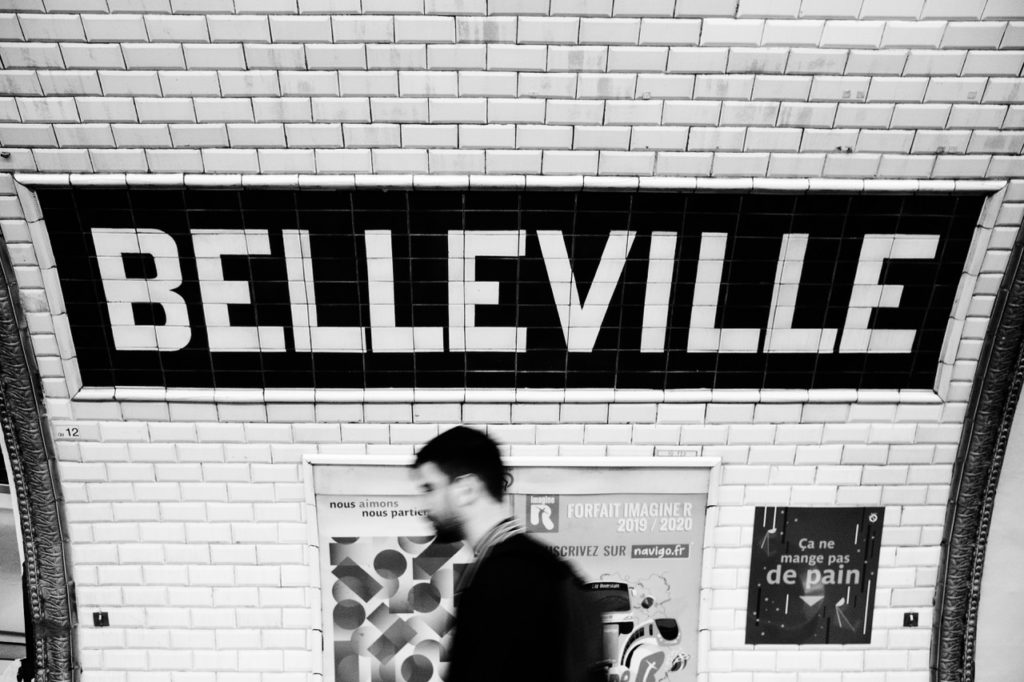 Small, unobtrusive, and quiet are three things that my Leica set-up is not. Its true that its smaller than most DSLRs but larger than the street cameras out there today such as Ricoh and Fujifilm. It is my personal belief that no camera larger than a smart phone is small and unobtrusive. Anytime you put a black or silver box up to your face you are going to draw attention, nevertheless, I do it. When I photograph on the streets of Paris (or anywhere for that matter) I simply raise my camera to my eye, properly frame and snap the image. I don’t worry about people hearing me or seeing me. I don’t understand the appeal of “shooting from the hip”. To me I don’t do justice to the project by not getting my framing perfect. The whiz of the shutter is also not a big deal. Paris is a “hustle and bustle” town in a good way. There is so much going on people aren’t paying attention to the shutter noise. Honestly, they don’t even give much attention to the photographer. This is the reason why I have been able to make some very good candid street images for many years.

Thanks very much for reading! 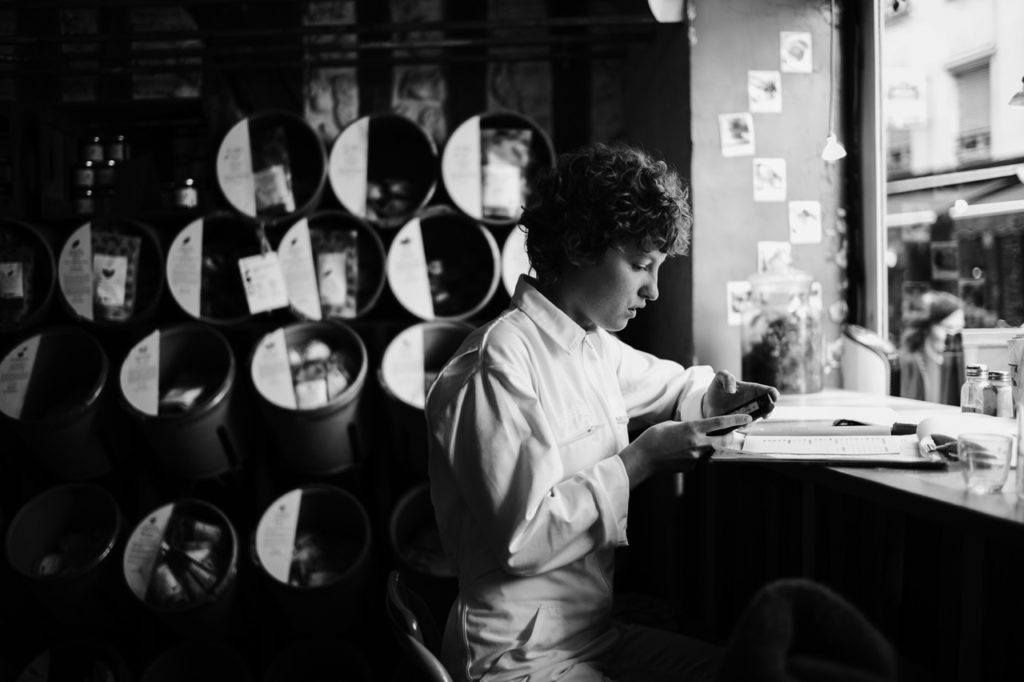 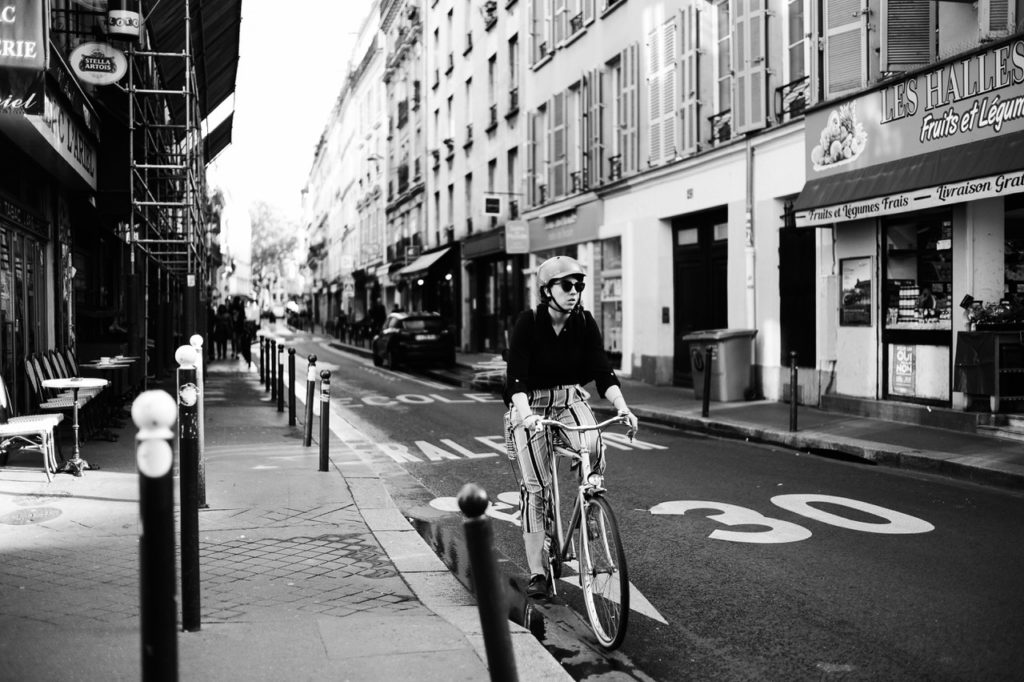 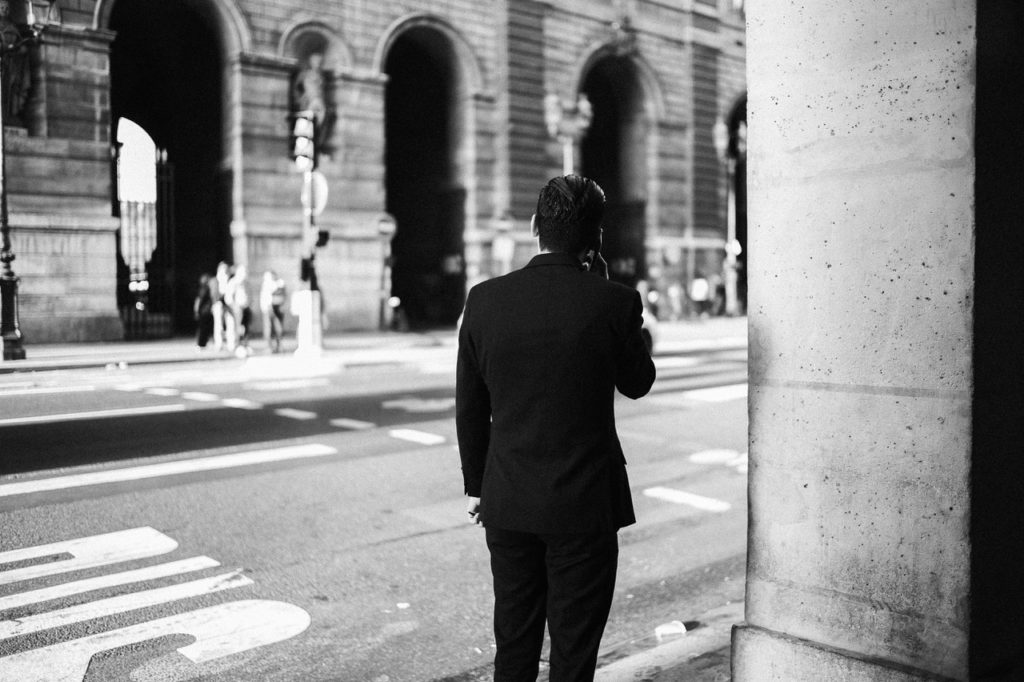 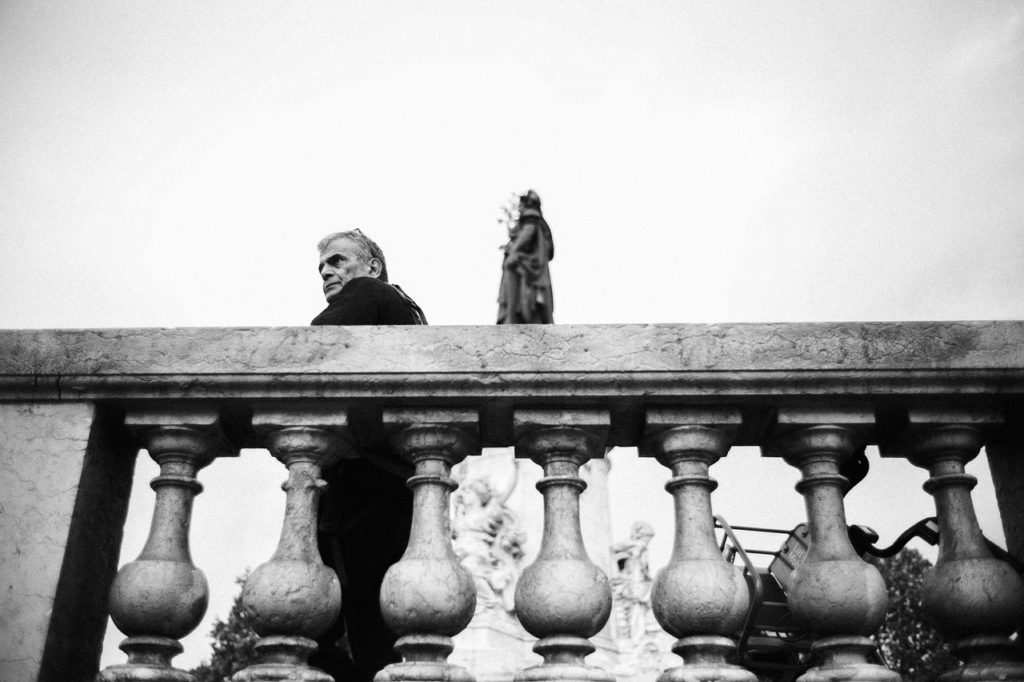 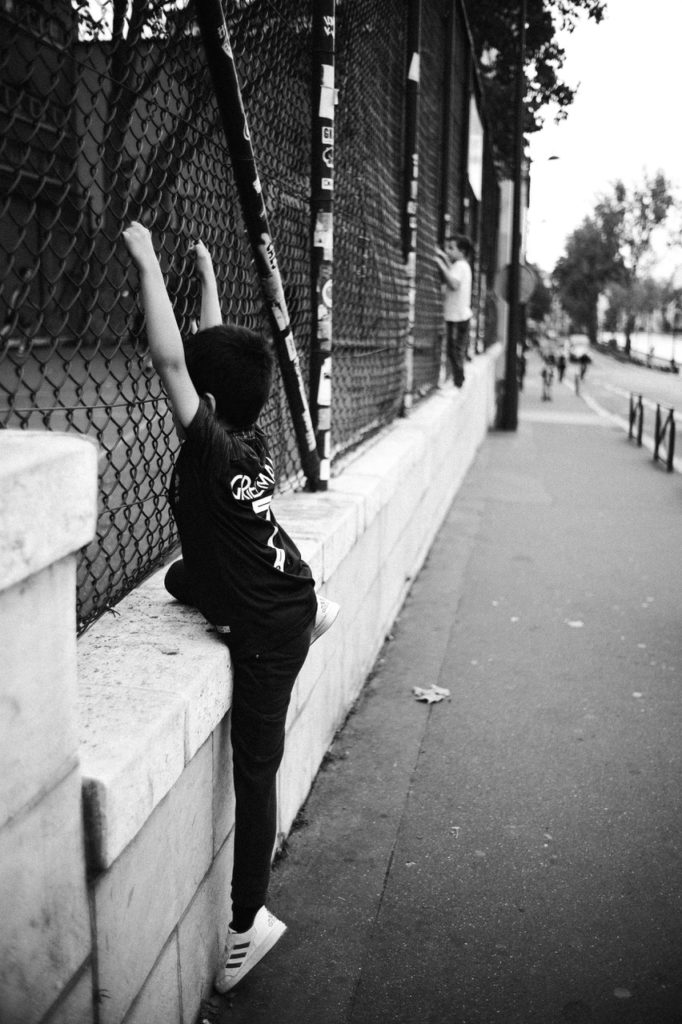