If you’re looking for the smallest and most light weight native Leica lens, you can stop right here. The Leica 28/2.8 Elmarit-M ASPH is tiny, super light and it has all the specs you need for terrific landscape shots and (documentary) travel photography.

I bought this lens years ago when I needed something wider than my 35/2 Summicron, but longer and faster than my CV21/4 color skopar. Because I thought I wouldn’t use it much, I opted for the Elmarit instead of the Summicron. By then, I was still thinking that the Elmarit was the budget choice. After one wedding I knew the lower price wasn’t faced by a compromise in image quality. Au contraire, the 28 Elmarit turned out to be a lot sharper than my 35 Summicron.

My 28 Elmarit quickly became one of my favorites for ceremonies in tight, but not too dark places. I was still shooting with the M9 and the M240, so ISO was still a thing to take into account (much more than with the SL and the M10). Because of the shorter focal length and the larger depth of field, I could show more context during ceremonies. Context in this case means the people that attend to the wedding. I know from experience that the way that the bride and grooms family and friends react to the ceremony are really important after the wedding. The 28 Elmarit made that just a little easier.

I decided never to leave the 28 home again

After I shot a wedding that happened partly on a very, very small boat in the Amsterdam canals and I had to shoot a dance less than two meters away from where I was standing – or more correctly: was trying to stand – I decided never to leave the 28 home again. I won a few awards with that picture by the way. Still one of my favorites.

The 28 Elmarit almost replaced my CV 21/4. On most weddings where I had to shoot a formal group portrait, the 28 was wide enough. Because the CV 21/4 is even smaller than the 28 Elmarit, I bring in just in case.

The Leica 28 Elmarit doesn’t feel like a budget lens at all. By now, we know that all Leica lenses are built like tanks. Even the Summarit series is sturdier than you’ll probably ever need. The 28 Elmarit is no exception. Even though it is very light, it still feels solid. Yes, like a small tank. A Sherman, if you please.

There are a few downsides that I need to discuss: first, because the lens is so small, you have to be careful not to move your finger in front of the lens. It has happened a few times. Second, the plastic hood on my version isn’t the best or sturdiest. On the other hand, it is not as bad as some reviewers try to make believe. The cap however, that should be placed on the hood, doesn’t work. Leave it at home or lose it. The good thing is that the latest version of this lens has an all metal hood. Problem solved. Third, the aperture ring is too loose. Yours may be better, but mine accidentally shifts more often than I like.

Focus is smooth and focus throw is good. It is short, but that’s perfect for a wide angle with a not too fast aperture. The focus ring is tabbed, which is good for photography, but bad for cinematography. It won’t work with follow focus. 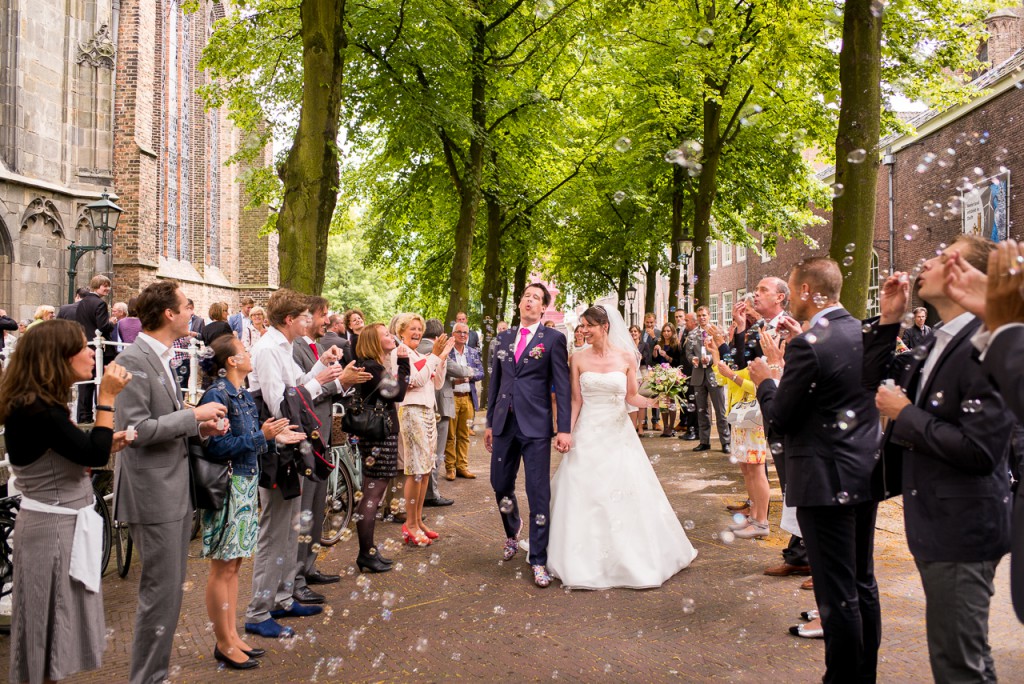 Wide open this lens is already insanely sharp. Stopping down is only necessary if you need more DOF. I only do this when shooting a group portrait, or if there is more light than my shutter and ISO can handle. Another good thing is that there is almost no distortion at all. Good news for landscapers and architecture photographers.

While ‘insanely sharp lenses’ are often rendering quite clinically, the 28 Elmarit is not clinical. Yes, it is sharp and contrasty, but I’d say it still has some character. If you want a lens with crazy vignetting and interesting bokeh, this is not your lens, but although bokeh isn’t something to rave about in this lens, it is definitely pleasing enough.

For me, this is a lens that delivers stunning sharpness and consistent images. I can shoot this lens against the sun, without worrying about detail or complete washing out of my subjects. Flare is present only when you push it. And if you do, your images are still totally fine.

I think it’s safe to say that the Leica 28/2.8 Elmarit-M ASPH is a lens that all Leica M shooters should have. It’s so small and light, you’ll forget you brought it in your bag. Your hands, fingers and shoulders will thank you if you use this lens on your M all day. And after a day of shooting, it’s always a delight to see how this little gem rendered the things you saw that day.

the Leica 28/2.8 Elmarit-M ASPH is a lens that all Leica M shooters should have…

Even if I’d buy the crazy 28 Summilux, I’d still keep this lens for every trip or job where weight really matters. I wouldn’t bring a 28 Lux on an outdoor trip where every gram counts. Even the 28 Cron would be too heavy for that. The 28 Elmarit is small and light, without compromises in image quality.

Who’s it NOT for?