I might have given this post a different name: ‘one reason to use both SD card slots if you have two’, but I didn’t. I’ll make another post about that. But the short story is: I did shoot the Leica Noctilux 50/1.0, which was supplied to me by my friend Maarten from The Analog Camera Store, but I lost most images after I accidentally formatted my SD card and wrote new images on it. This is the first time this happened to me in my (almost) 20 years career.

So it will be a short review. No sharpness comparisons and no product shots that I made myself (the ones you see here were shot by Maarten).

But maybe it’s a good thing, because the Nocti 50/1.0 doesn’t need too much explanation. I’ll just tell you what I liked and disliked about this lens, compared to the Noctilux 50/0.95 that I personally own. 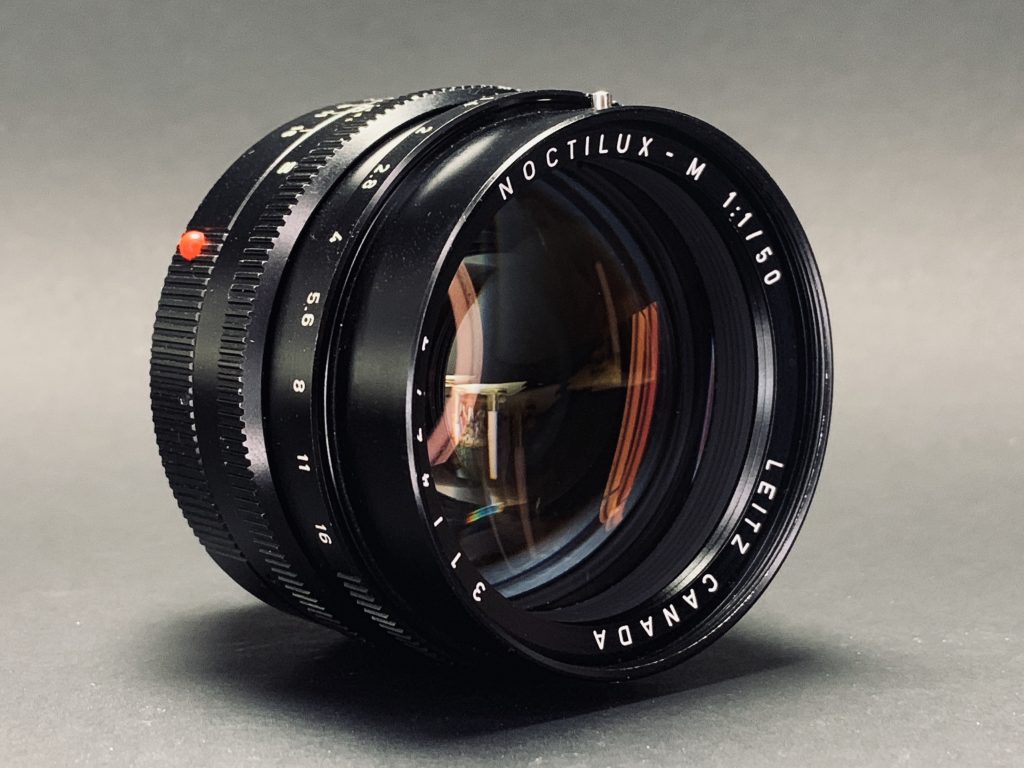 If this were a match between the 50/0.95 and the 50/1.0 the last one would win this category easily. My biggest gripes with the Nocti 0.95 are solved with the 1.0. It’s smaller, a lot lighter and has a longer focus throw. Where the 0.95 is too heavy (front heavy) on the M (but works like a dream on the SL), the 1.0 fits both the M and SL from an ergonomical point of view. Such a nice lens to work with!

The longer focus throw really comes in handy when you’re shooting portraits in the shortest focus distance and where you need to be able to pinpoint your focus exactly (something the SL is also much better at than the M).

The aperture ring on this particular Nocti was nice and firm. Focus was also smooth.

Thousands of comments have been made about the Noctilux 1.0 bokeh and I suggest you do a search for that particular subject. For me, the 0.95 bokeh is more predictable and smoother than the slightly more quirky 1.0 bokeh. It’s a very personal thing.

Rendering wise, I can’t really say why, but even though the theoretical depth of field is smaller on the 0.95, I found that the 1.0 often looked more Nocti-like than my 0.95 does. It also reminds me a bit of the Summilux 50/1.4 v2 that I tested long ago. I really, really liked the rendering and fall-off in this lens. The fact that it vignettes even stronger than the 0.95 is not a bad thing for me either.

The ever continuing debate on the 50/1.0 vs the 50/0.95 really boils down to two things. First: do you need sharpness, or do you need a lightweight lens? And which rendering do you prefer? For me, as a pro, I need the sharpness and the predictability of the 0.95. It’s also nice that the 0.95 slightly resembles the rendering of my other modern lenses. That makes it easier to work in series. If I weren’t a pro, I’d probably get the 50/1.0. It’s light enough to bring on a trip, sharp enough for personal work and I really like that rendering with a hint of mystique.