Group shots are a nightmare for most photographers and I’m not an exception. While I’m quite comfortable with single person portraits, a group shot is completely different. The difference between these two has everything to do with being in control.

With a single person corporate headshot I use my own portable studio, consisting of two Broncolor Siros heads, a collapsible background, a couple of reflectors and that’s it. The most important factor in creating good headshots is time. My clients often try to convince me to ‘squeeze in’ a shoot in between meetings, but that doesn’t work. I need 20 minutes per person, otherwise I won’t take the job.

With a group shot, there’s usually not an option to set up a portable studio. You’ll need so much gear, it won’t be portable anymore. That means you’ll have to improvise with light and background. Which means you’ll often lose some control. The other tricky thing is to get everyone look nice and approachable at the same time. You can cheat a bit by shooting from a tripod and ‘swap’ faces between individual shots, but to be honest, I really don’t like that. 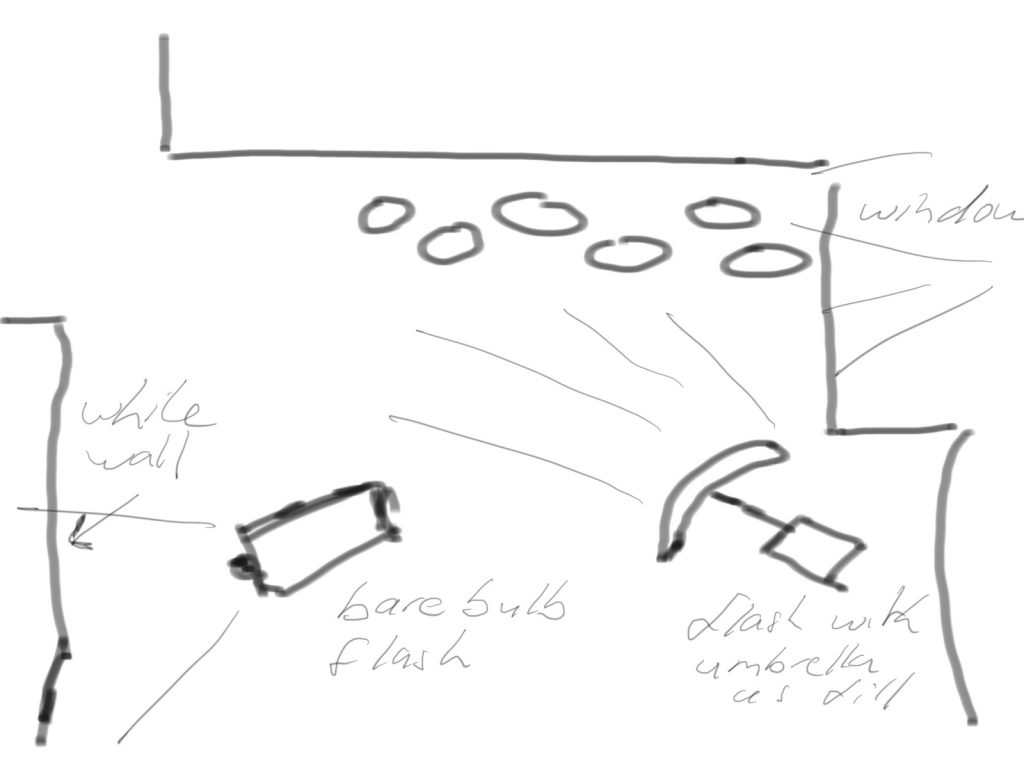 So here’s how I did it. I used available light, underexposed by roughly 3 stops. I corrected my main light with a flash shooting bare bulb (no modifier on it) against a white wall. As a fill light, I used a second flash shot through an umbrella. I didn’t need any gels for colour compensation. The temperature of daylight and flashlight was pretty much the same.

I directed my subjects to the seats and let them decide for themselves who would sit and stand and how they would like it. After that, I ‘corrected’ them a bit, tried to get my client sitting on the table a bit more upright and tried to make them feel comfortable. I took 15 shots and it was over in less than 15 minutes.

I used the Leica SL with CV 35/1.2 on f4 or f5.6. I had my setup completely ready and tested (with other people) before my subjects arrived.

Both the client and I were satisfied with the shot. I must say I’ve made group shots that are a lot worse. This turned out quite nicely because I took time to carefully plan the shot.