When the Leica Summilux-SL 50/1.4 was released, it was not the lens that some SL shooters had hoped for. While most SL shooters love their cameras, they wanted something considerably smaller and more light weight than the excellent, but heavy Leica 24-90 zoom lens. Something they could mount on their SL and walk around with all day long. The new Summilux-SL may not be the lightest, smallest and fastest lens, but it has some other extraordinary qualities.

The new Summilux-SL may not be the lightest, smallest and fastest lens, but it has some other extraordinary qualities.

First things first: Leica didn’t plan to build a 50mm lens which somehow, during the development process got bigger and heavier. No, they developed a lens from scratch to compete with the best 50mm(ish) lenses in the world, like the Zeiss Otus 55/1.4. But the Summilux-SL needed auto focus as well, a feature that the Otus doesn’t have. Finally, the new 50mm also had to fit in the SL approach: sturdy, weather sealed and aimed at the pro user. The result is impressive: the Summilux-SL 50 is the sharpest lens I ever worked with. Having said that: I never tried the Summicron-M 50 APO. I wouldn’t be surprised if those two come close IQ wise. As for the comparison with the Summilux-M, the MTF graphs show that the SL 50 has quite a bit more resolving power.

So yes, the Summilux-SL 50/1.4 is heavy and big. It’s not that much smaller or lighter than the 24-90. I carried this lens for two full wedding days in my Billingham 225 and the increase in weight (and size: I had to fiddle around with my layout) was quite noticeable. The good news is that it feels well balanced on the SL, even better than the already well balanced 24-90. The lens feels very sturdy and the rubber focus ring offers extra grip on the lens. The downside of these rubber rings is that they tend to get dirty with use, but some regular maintenance will prevent that from happening.

The lens feels very sturdy and the rubber focus ring offers extra grip on the lens.

While the unique feature of this lens is its auto focus, you’ll want to know how it focuses manually as well. To be honest, if you’re used to real manual focus lenses, this lens doesn’t quite do what I’d like it to do. You can spin the focus ring endlessly if you want to, because there is no physical ‘end’ or ‘beginning’ of the focusing scale. That’s nothing new if you’ve ever worked with any Canon USM lens, but a second difference with the SL lens is that this Leica lens had a ‘focus-by-wire’ design, which means nothing more than that there’s not a physical connection between the focusing ring and the actual focusing mechanism as there is in other lenses. In reality this means that the speed of your focusing determines the focus throw of the lens. Still with me? If I move the ring very quickly, the focus throw decreases, but when I move the ring very slowly, the throw becomes much bigger.

In reality this means that the speed of your focusing determines the focus throw of the lens.

This focus by wire has some good and bad points. It makes very precise (but slow) focusing possible, while it also enables the photographer to change its focus rapidly with a quick turn on the ring. The downside however, is that there is no feedback at all. Changing focus by hand is difficult enough if you’re in a hurry, but if you add another variable (the speed you’re using to turn the ring) things get impossible. If you’re a videographer and want to do a focus pull: good luck. Use the focus scale maybe? Too bad, it’s not there.

Focusing a Noctilux is much, much easier than manually focusing the SL 50.

Focusing a Noctilux is much, much easier than manually focusing the SL 50.

Any regular visitor of this site knows that ‘build quality and ergonomics’ is followed by ‘sharpness, bokeh and rendering’. But here we have an auto focus lens, so we’ll need to talk about that as well.

My first impression with the SL 50 AF was slightly disappointing. Slow is the word you’ll be looking for if you give this lens a try. Even in situations where contrast is abundant, the lens is slow. And sometimes I wasn’t sure that it actually locked focus when the shutter kicked in. But when I uploaded my pictures I noticed that all my shots were in focus, with the exception of a few shots where I shot a subject walking towards me, quite closely and quite fast. Not bad at all, to be honest.

Curious about the slowness of the AF-system, I asked my contact at Leica Netherlands Rob van Keulen and he said the following: “The 50 SL is made to optical perfection and that means that heavy and exotic glass is used. All that glass has to be shifted during focusing and that simply takes time. Secondly, with the SL 50 the DOF can be quite small and Leica decided they wanted the SL 50 to be reliable first and as fast as possible second. It’s not they can’t make fast AF lenses, this is a deliberate choice.”

My confidence in the AF of the lens grew with time…

My confidence in the AF of the lens grew with time. I shot only a hundred frames with it on my first wedding that week, but when I saw the results I took it to another wedding where I shot a few hundred frames more, even though I was already familiar with the weight penalty.

When I returned the lens to Leica and I was driving home, I suddenly realized I forgot to take my ‘standardized’ shots with Fowley. Too bad, but fortunately there are enough pictures that show its sharpness, bokeh and rendering.

Yes, it is razor sharp…

So, is it sharp? Yes, it is razor sharp. The sharpest lens (or most resolving) I’ve ever worked with. But it’s not clinical, like some very sharp lenses tend to be. True, there are no visible lens errors, but I think this lens does have some character, especially wide open (ish). About those lens errors: there has been written a lot about internal correction of these errors on the internet. To be honest, I don’t really care if lens errors are corrected in the camera, or because of a physical thing inside the lens. The fact is, I didn’t need to correct for CA, distortion, or anything else.

Luckily, it does flare mildly when shot against the sun. I don’t like lenses that don’t flare at all. If you take the hood off, it’s not that hard to get some nice flares. In the in focus areas there is still a lot of detail. Really plenty.

Bokeh is super nice. Soft, a bit Noctilux like. Creamy. Transitions from in focus to out of focus are fast, but lovely when you open up the lens and get close to your subject.

The Summilux-SL 50/1.4 is a superb lens. Optically, it leaves nothing left to be desired. It is very sharp and has a lot of character. The interesting question is: who will buy this lens? If you bought the SL for its auto focus, you probably already have the 24-90. If you need a fast 50 with AF for darker circumstances, this is the best (and only) 50 you can buy, if you don’t mind the extra weight and volume. Having said that, if you’re already used to the SL with the 24-90, the SL and the SL50 make an even better combination. If you leave the 24-90 in the safe, it does make sense. If you bring both lenses in your bag, you’ll notice the difference.

The interesting question is: who will buy this lens?

But what if you already have a fast 50mm in the M mount? Is the SL 50 still a good choice? That depends on how much you’re willing to spend and carry and how much you need the AF. For me, this is how it works: I can focus my Nocti more reliable on the SL than I can on the M. However, focusing the Nocti with the M is faster than with the SL. Focusing my 50 (either Cron or Nocti) on my M is also slightly faster than focusing the SL50 on the SL (with AF on). Focusing on a moving subject with any M lens on the SL is definitely much, much harder than focusing the SL50 on the SL (with AF on). Focusing any M lens on the M with a moving subject depends a lot on your skills and the situation. I’d say that also with moving subjects I’m a little faster with the M, but the SL with the SL 50 will be slightly more reliable. In fact, on the weddings that I shoot these days, I still use my M for all the fast action. When things slow down, I grab the SL, usually with the 50 Nocti. If I were to shoot an assignment (that involves any action) with the SL alone, I’d want an AF lens and probably the SL 50. If I’d be doing more portrait assignments, I’d buy the SL50 immediately.

Focusing on a moving subject with any M lens on the SL is definitely much, much harder than focusing the SL50 on the SL…

It’s a tough call. When the SL was released everybody asked who this camera was for. With this lens, I get that same feeling again. Until you give it a try. It will be hard to give it back.

I’m very curious about the new Summicron series that will be released. If Leica manages to make these lenses light and small enough, but with the same high optical standard as the other native SL lenses, the SL might actually start to sell really well. 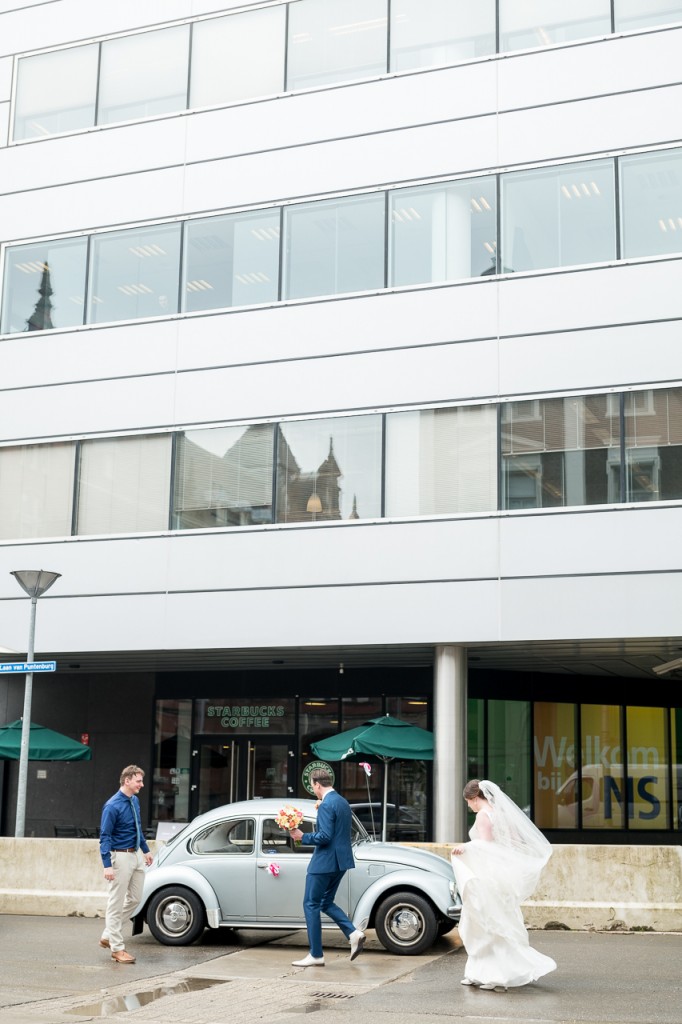