You might have seen one of these funny looking goggled lenses on a Leica meeting. I never thought these lenses would make your camera look better, but even if you agree with me on that, there is still a pretty good reason why these lenses deserve a place in your gear cabinet. They are sharp and fun to use!

Of course an even better reason for owning one of the goggled Leica 35mm lenses is the existence of the Leica M3.  Yes, this camera, made famous by HCB, wasn’t built to be used with regular, non-goggled 35mm lenses. So what did Leica do? They made a lens with a ‘viewfinder attachment’, transforming the 50mm viewfinder of the M3 into temporary 35mm viewfinder.

If you’re interested in this lens, you can ask my friend Maarten if he’s got any in stock. 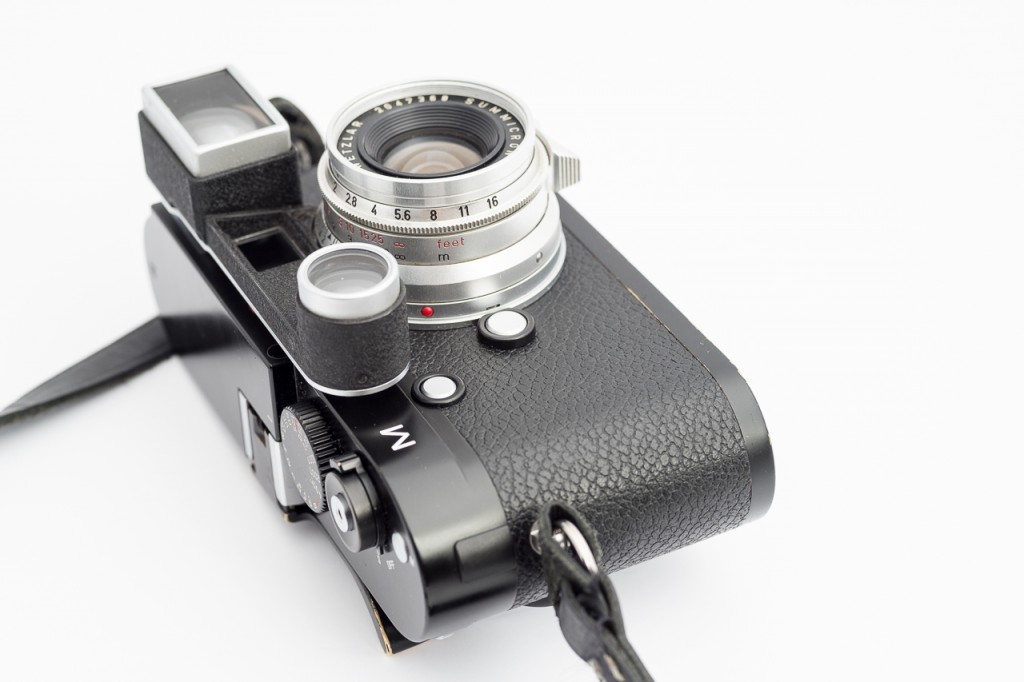 It’s not for everybody: the 35 cron goggle does have some influence on the aesthetics of your Leica M.

Even if you put this lens on the M9, a camera that was released more than half a century after the M3, it still toggles the 50mm framelines on your camera, but the viewfinder attachment reduces the enlargement of your viewfinder and thus corrects for the actual field of view. This is actually a good thing for people that wear glasses who have trouble to see the built in 35mm frame lines of the camera.

Collectors pay quite a lot of money for this first version of the Summicron (even more for the non-goggled version, which has cheaper optics) and there’s reason why they do. It’s not just a lens that you keep in your safe, no, you can easily use this lens in everyday situations and achieve brilliant results. 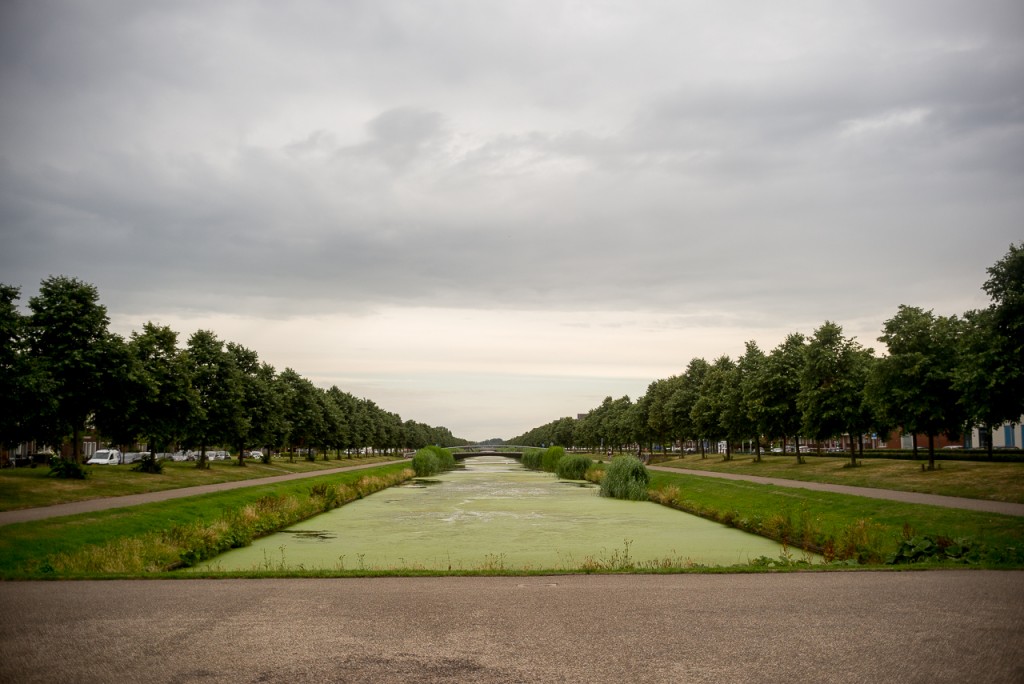 Enough sharpness and detail for landscapes.

The lens itself is tiny and light weight. It’s the goggle that makes it bulky. If you’re using a bag with narrow lens pouches, you might have some trouble fitting this lens, but don’t let this be a reason not to buy it. This lens, even though it’s ancient (or maybe because it’s ancient) is sturdy, focuses well and doesn’t feel like you need to wear silk gloves to handle it.

This lens, even though it’s ancient (or maybe because it’s ancient) is sturdy, focuses well and doesn’t feel like you need to wear silk gloves to handle it…

One thing I had to get used to is the infinity lock. To be honest, for me it doesn’t do anything. If your focus ring is so loose that you need an infinity lock, you should send your lens in for repair. This lens clearly doesn’t need it. Having said that, it’s always a good idea to shift your focus ring to infinity when you put away your camera. If you need your camera for a quick shot, there’s only one way you can turn your lens.

Some old (fast) lenses have lots of spherical abberation, something that I don’t like, but this lens doesn’t…

The lens consists of eight elements in six groups in a double Gauss design and Leica used some new, exotic types of glass for this lens. And it shows: it performed better in the sharpness department than I imagined. Some old (fast) lenses have lots of spherical abberation, something that I don’t like, but this lens doesn’t. Wide open it’s a tad softer than the new modern ASPH summicron, but still ver much usable. Contrast is a bit low, which is good for black and white photography. Wide open you can tell you’re shooting with a vintage lens. It just has a different rendering than modern lenses have. If you stop it down, the differences narrow down and you’ll be able to shoot perfectly sharp landscapes with it. 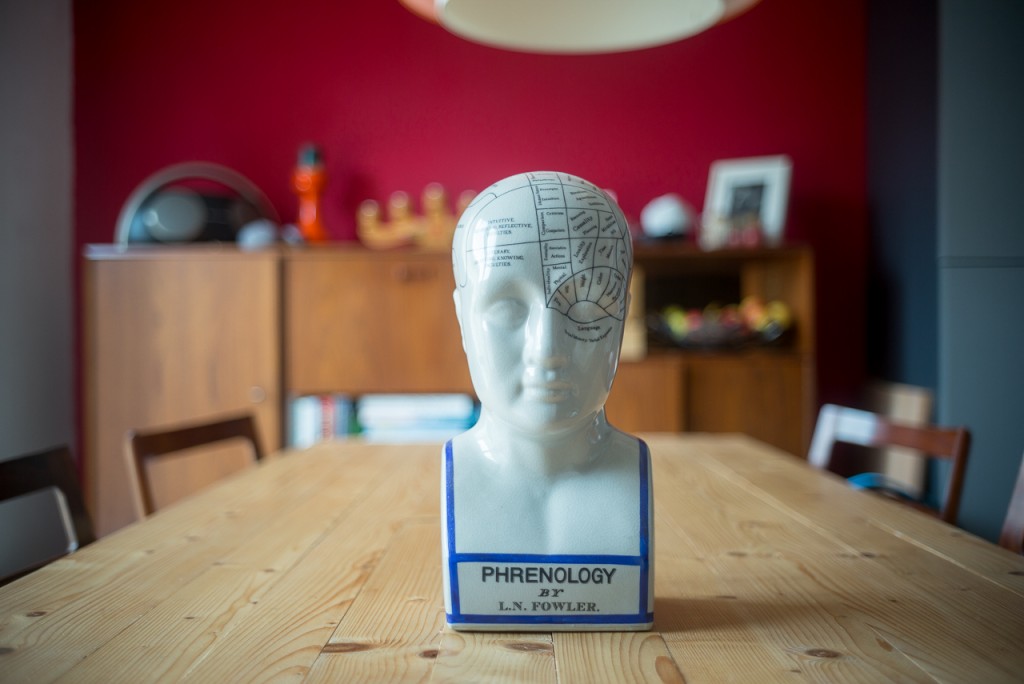 Fowley shows the true rendering of the lens. A bit low in contrast, but pleasing to the eye. 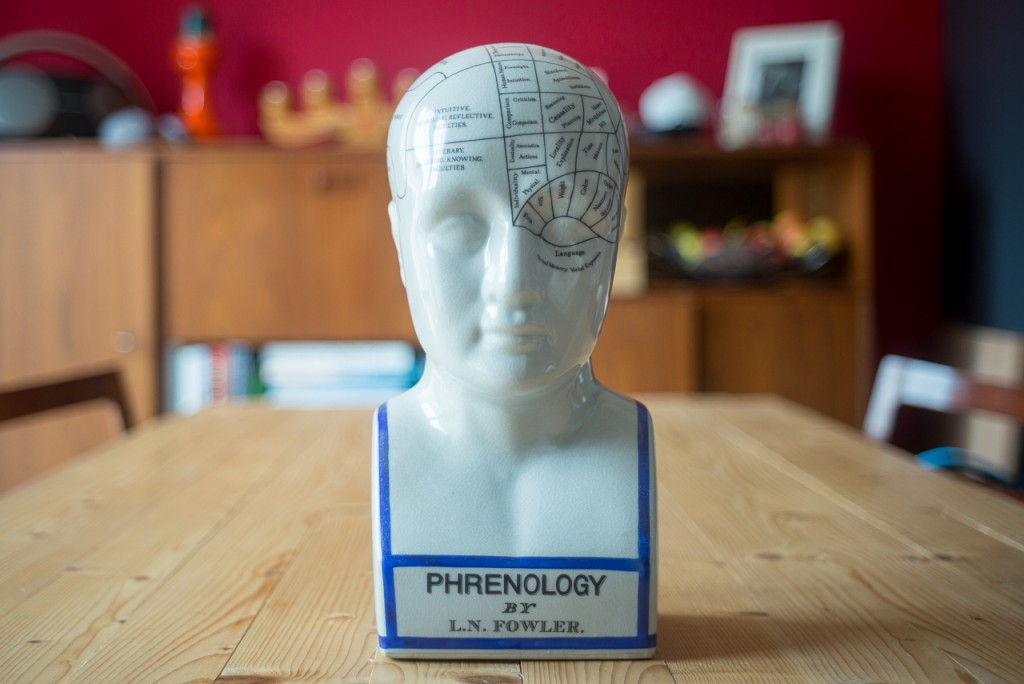 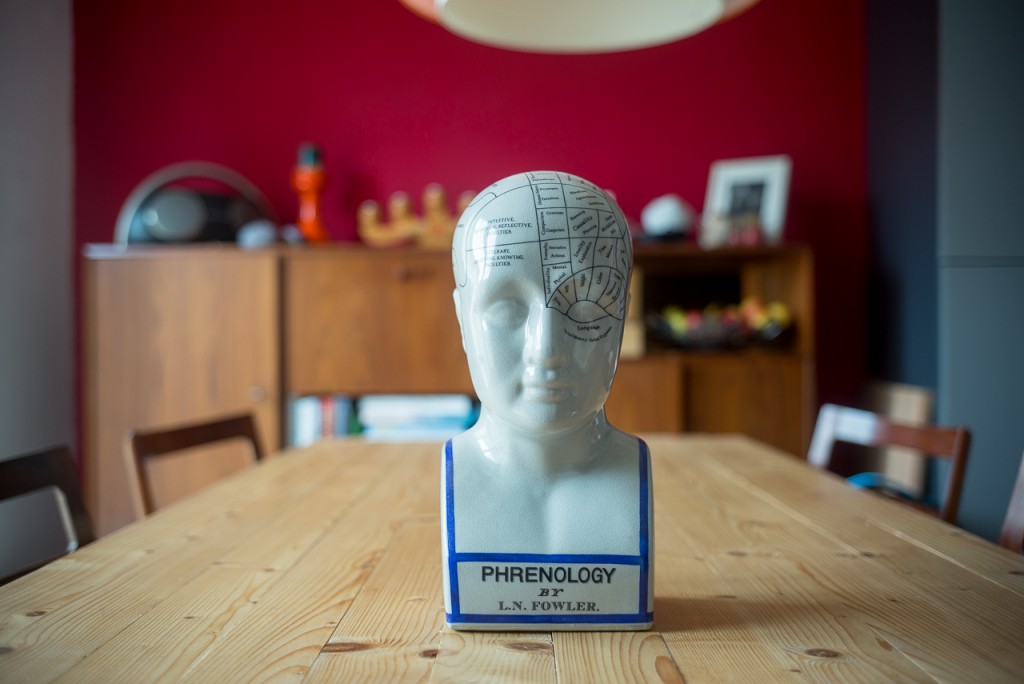 @2.8 sharpness is already quite good. 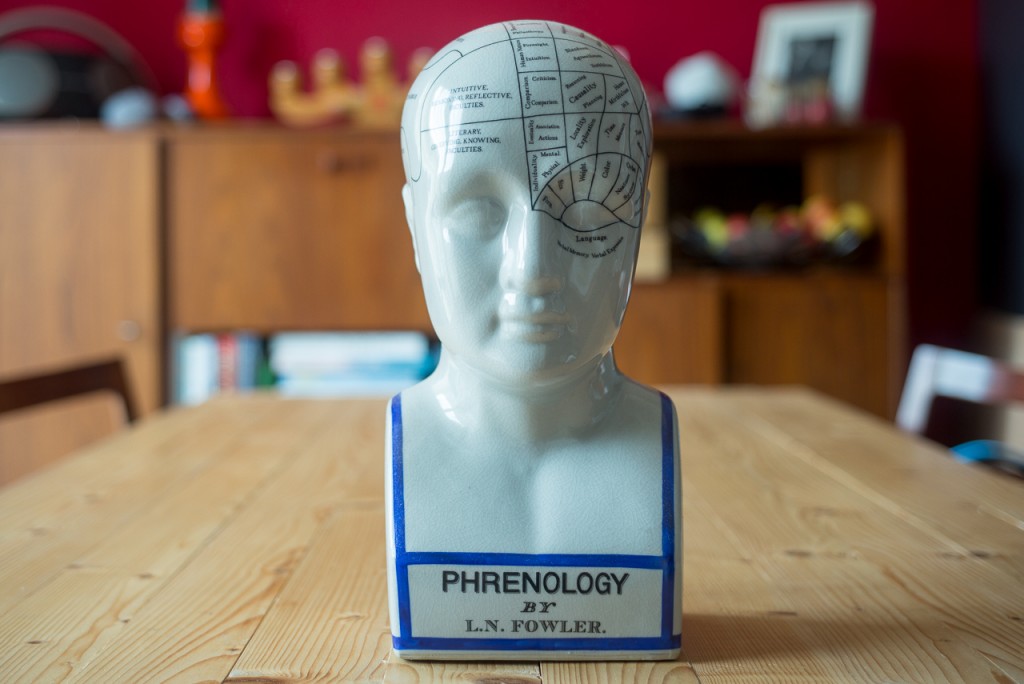 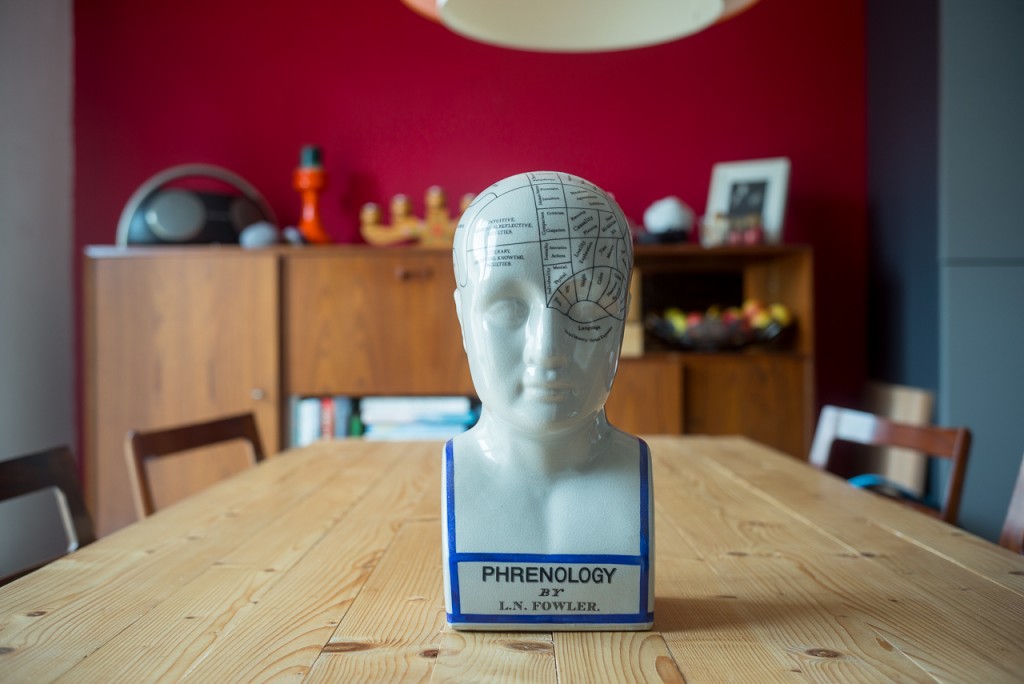 And @f4, I’d happily shoot large print landscapes with it. 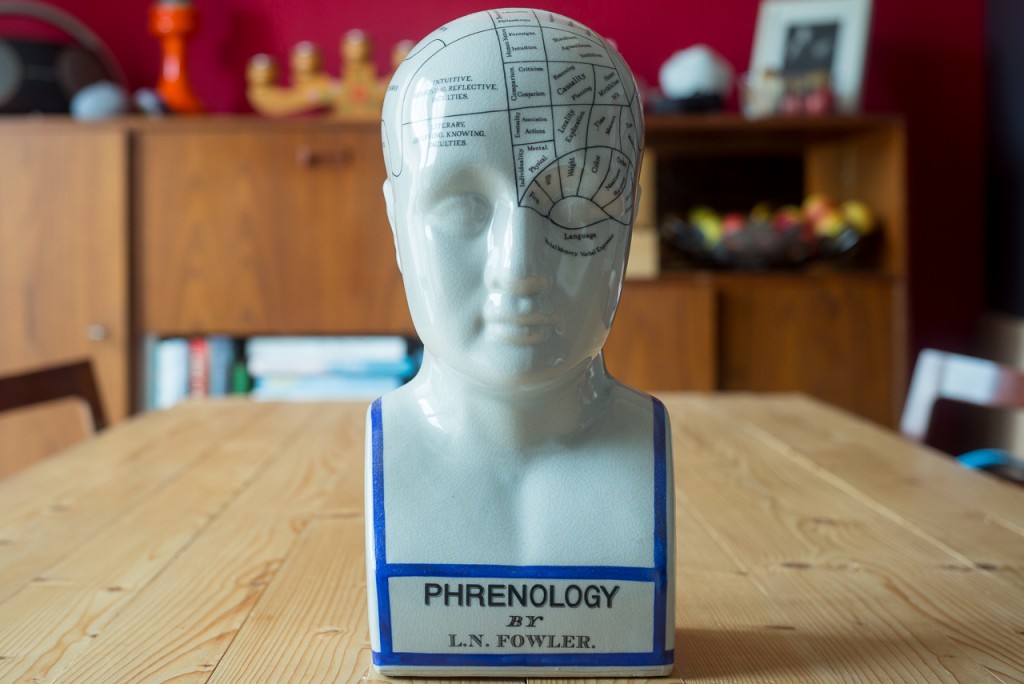 And the last crop.

There is also very little distortion and fall-of in this lens: another reason why it’s more than capable of shooting landscapes and architecture. Bokeh is nothing to rave about (it’s a 35mm f2 lens, right?) but it’s not bad either.

If you’re looking for an affordable and all-round 35mm lens, this is not your lens. This lens has become a collectors item and therefore prices have increased in the years. For more or less the same money, you can get a used 35mm Summicron ASPH, which is technically better than this lens.

If you’re looking for an affordable and all-round 35mm lens, this is not your lens…

However, if you’re interested in the heritage of the Leica 35 Summicron lenses, this is the lens to start with. This is the lens where it all started. This is the grandfather, the genesis of 35mm lenses. This lens will keep its value and will probably increase in price over the years.

If you own the M3, there is actually no excuse not to get this lens. Just buy it. 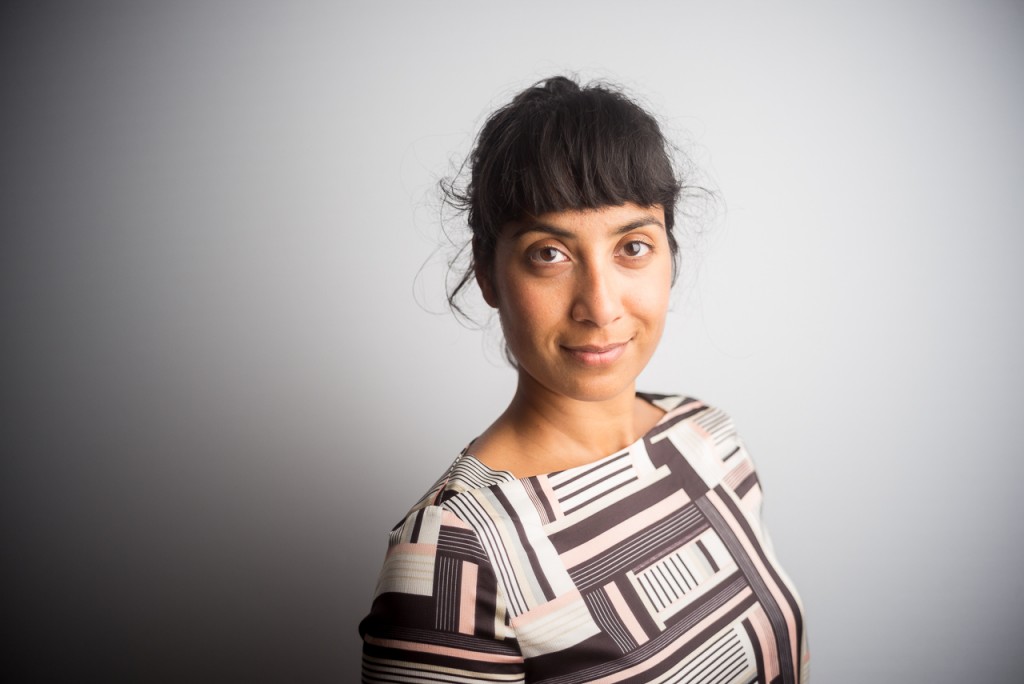 Here the 35 Cron goggle in a studio setting. Works fine. 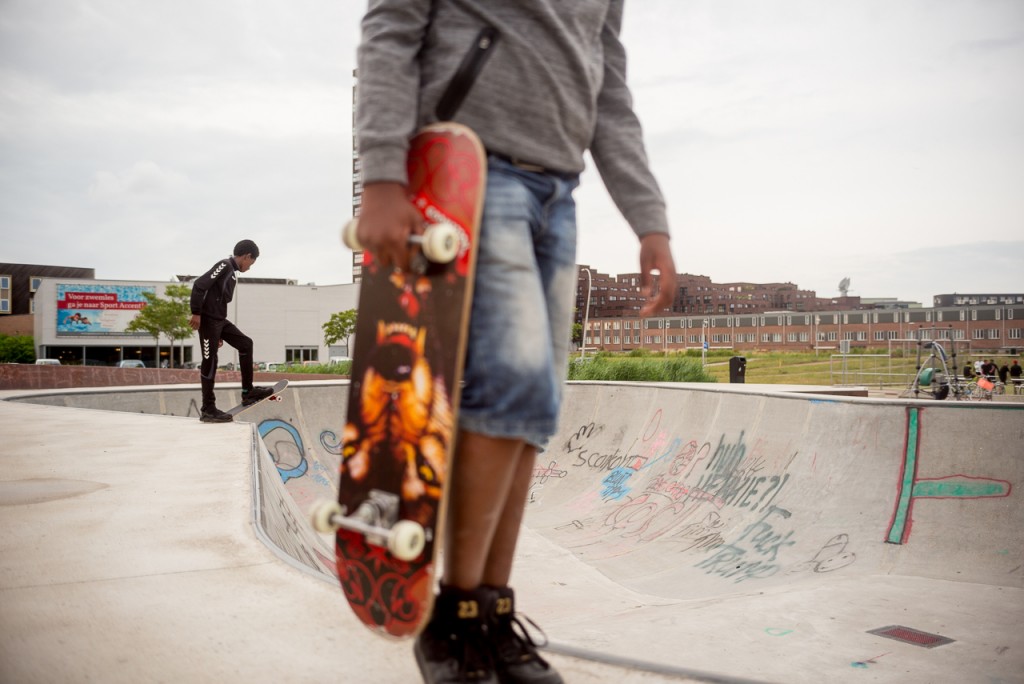 You’d draw less attention with a non-goggled cron (maybe), but the M is always a good fly on the wall camera. 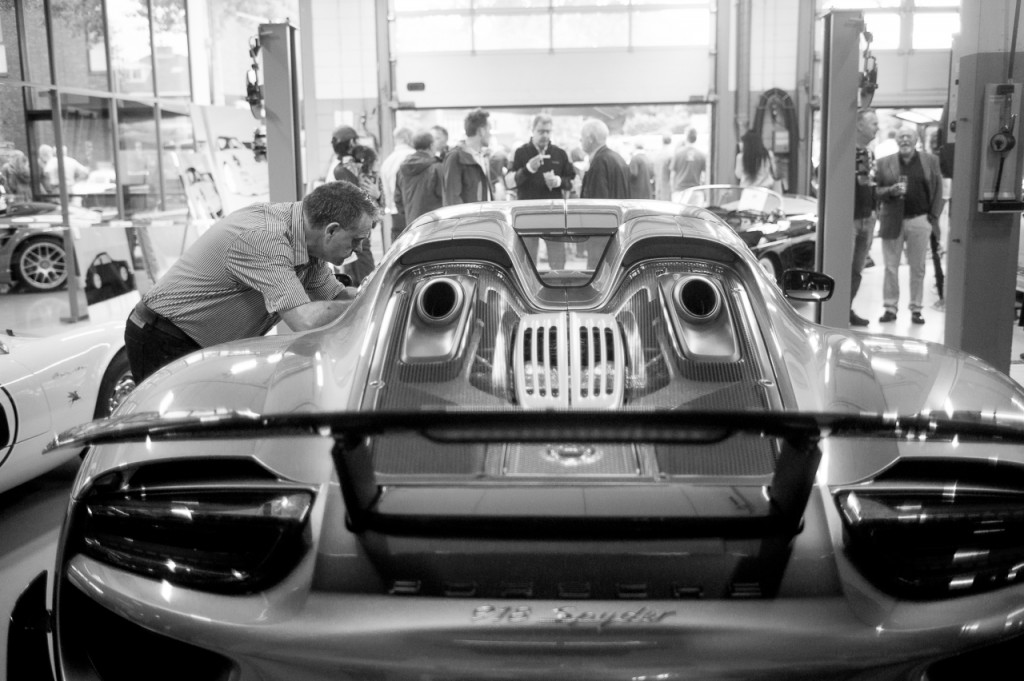 Here shooting it’s German brother: the Porsche 918 Spyder. It’s not mine by the way. 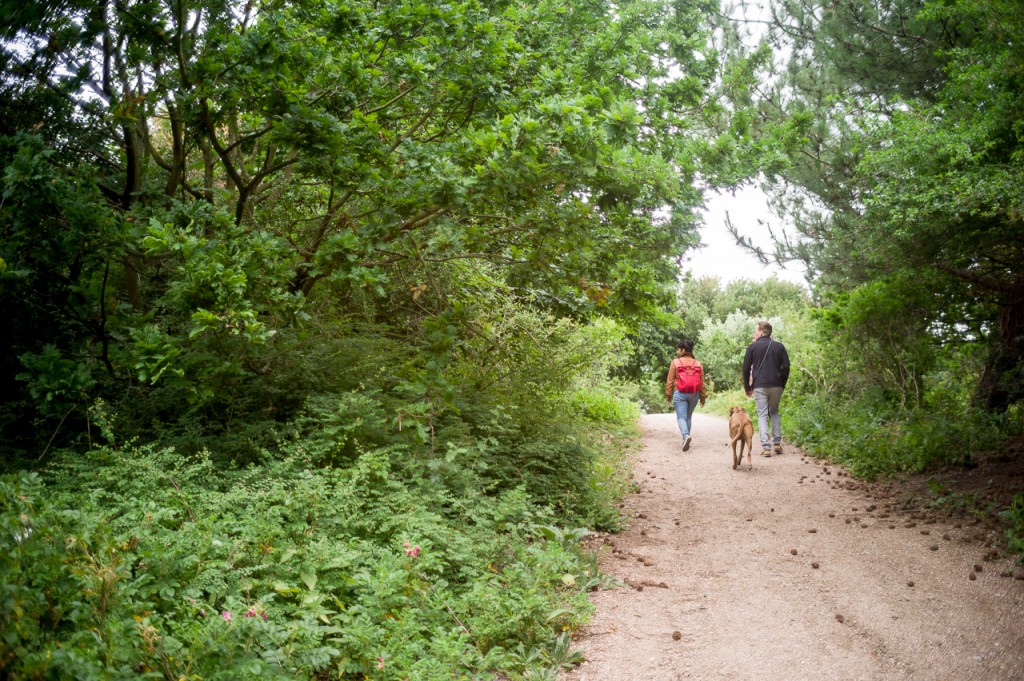 I do miss some contrast wide open, but nothing to moan about. 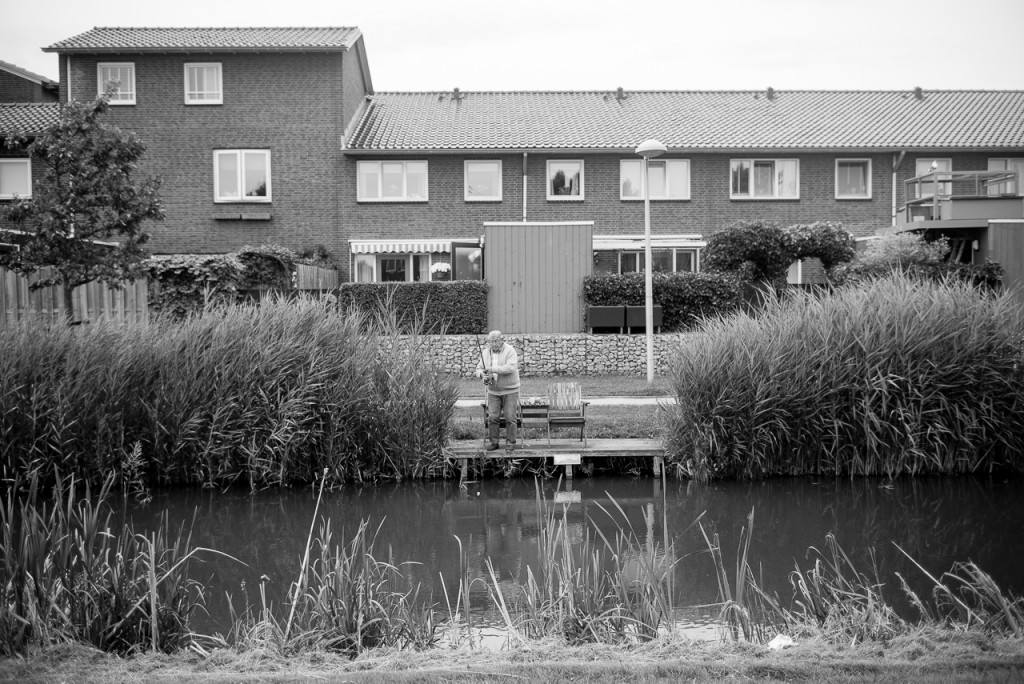 Nice greytones in B&W, a slightly lower contrast helps with that.