The American Society of Cinematographers celebrates its 100th anniversary and Leica introduces a new version of the Leica M10-P, aimed at cinematographers. The Leica M10-P ASC 100 Edition is equipped with the Visoflex and with the M-PL lens mount adapter. Also, there’s a gold (ish) Summicron 35/2.0 ASPH with a nice metal lens cap. However, the M10, or M10-P aren’t capable of shooting video…

There are a few additions under the hood: the ASC 100 edition has two video ‘looks’: ASC Cine classic and ASC Contemporary, but that won’t turn the camera into a ‘professional tool for videographers’. Having said that, there are a lot of cameras that do shoot video and even quite impressively. There’s a big ‘however’, when using stills cameras for video.

Yes, there has been a huge increase in videographers using still cameras for video work and it’s perfectly possible to create high quality movies with cameras like the Sony A7S, or the Leica SL. But there are a few downsides as well. If you want a rig (a video camera with all other things like microphones, matte boxes, follow focus) that works and is ergonomically perfect, you end up buying a lot of expensive gear to make a stills camera into something it was not designed to do.

We’ve been there. We have tried to make a Sony A7S work as a ‘run and gun’ documentary camera, but in the end we bought the Sony FS5 video camera, simply because it works much, much better.

Three simple examples why we prefer a dedicated video camera for most of our video work: 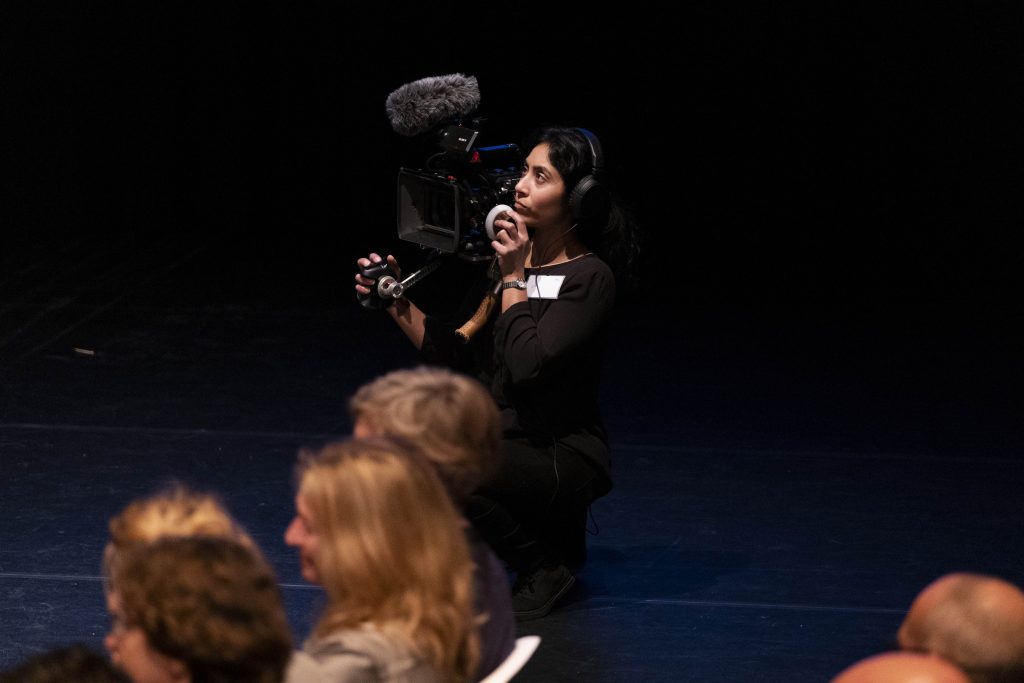 Here’s a shot of Anita working with her Sony FS5. She’s operating the follow focus, while her other hand controls some key functions through an extendable grip. Photo: Bart van Vliet