The power of perspective

The 50mm is my favorite focal length. It resembles the way we see the world and it gives me the opportunity to isolate subjects from the background, yet without the disturbing effects of a long telephoto lens. However, I do need other lenses too. My clients expect me to deliver a package of photos that cover the wedding day, with enough variation in the images to keep it interesting. That’s why I also carry a 28, 35 and 75 in my bag. 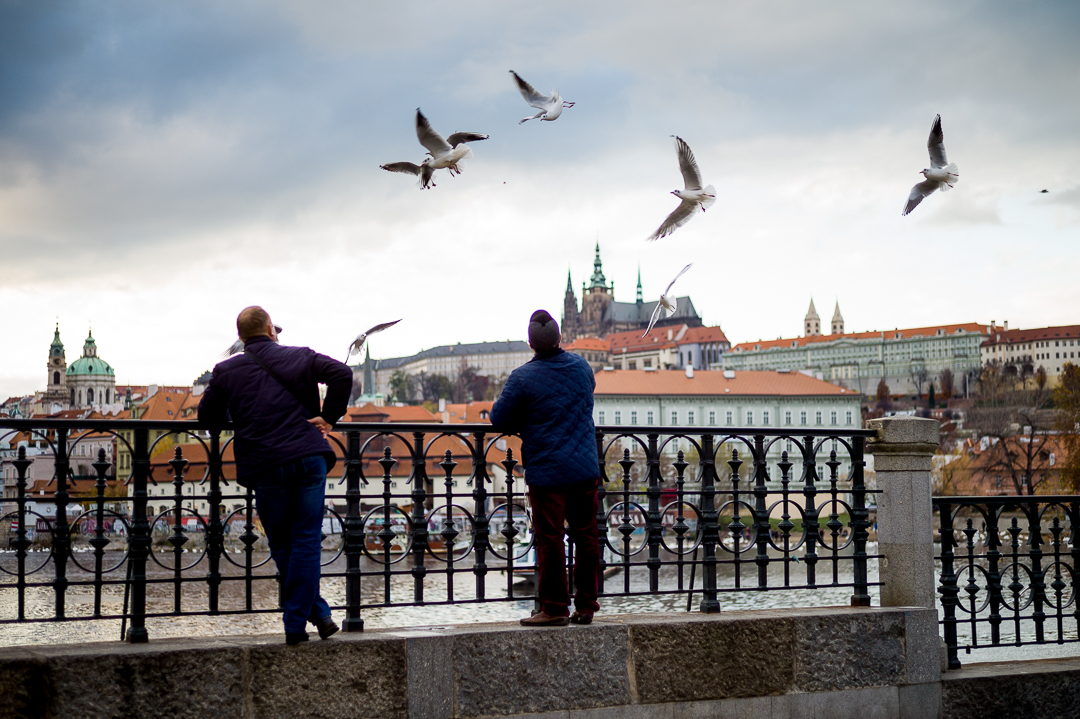 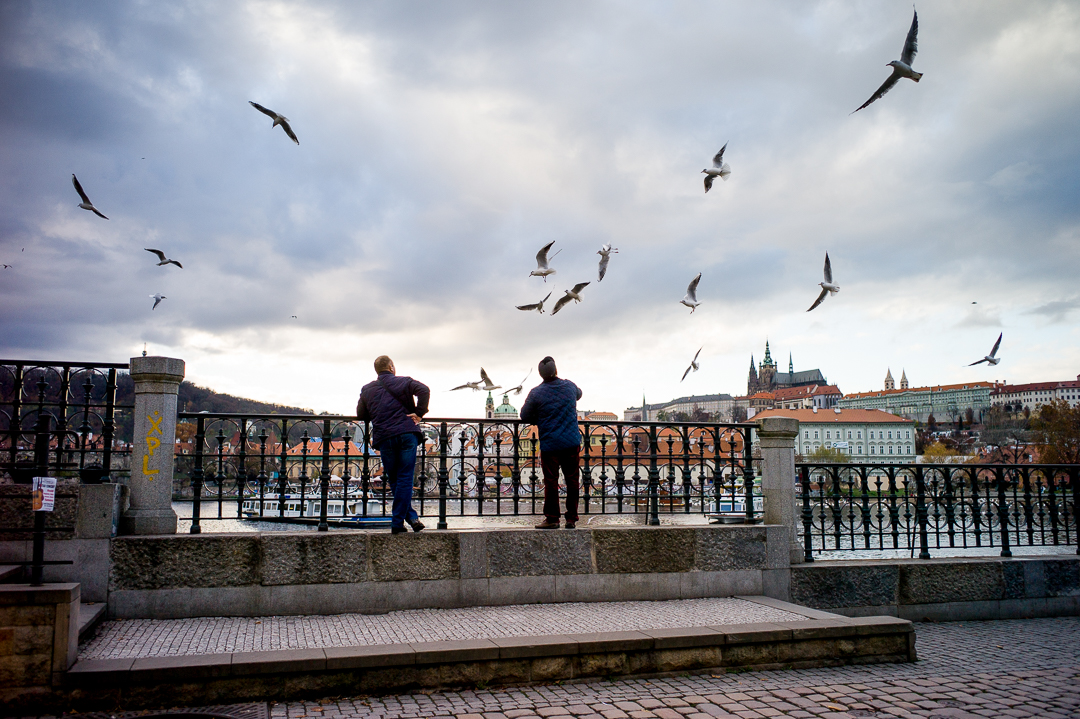 The 28mm has become part of my street kit as well however. And there’s a very simple reason for it: the power of perspective. Sometimes a 50mm just doesn’t work. Let me illustrate that statement with an example. Recently I was in Prague and on our last day we just walked along the river, watching for interesting things to happen. Suddenly, we came across two men, feeding the seagulls. I had the 50mm on my camera and took a few shots. It didn’t show the grandeur of the situation though, while my wife, who had the 28mm on her camera, took a few shots that I liked better. It’s just more dramatic and in my memory, the shots with the 28mm resemble reality more closely than those shots taken with the 50mm.

I always used to say that my two lens kit would consist of a 35 and a 50. For my documentary wedding photography that still works, but for traveling, a 28mm is a pretty interesting focal length to carry around. Maybe not instead of a 35, but as an extra. We’ll see.